Woman with a Washing Paddle

The devils and their kindred witches are given similar attention in the Hellish series; after all, devils and witches are equally prominent characters in Lithuanian folktales. In Lithuanian folklore, the witch is an omnipotent, all-knowing and all-seeing goddess. In legends, however, the witch is mostly a malignant character, who tends to do harm and wrong to people. It is very difficult to recognise a witch. Much like devils, witches often change their appearance. In legends, the witch often turns into something else in order to slip in undetected and do something wicked, for instance, milk cows, poison somebody, or shear sheep. According to folklore researchers, witches in Lithuania are associated with a vast number of beliefs, spells and superstitions. The majority of them indicate that witches harm people and livestock. The Directory of Lithuanian Narrative Folklore includes about 150 legends and tales about witches. However, there are over a thousand of them if we are to include unregistered stories. 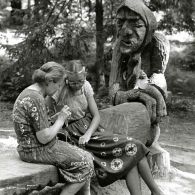 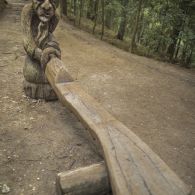 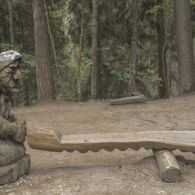 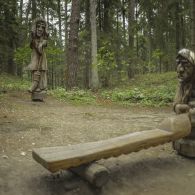