The Aitvaras is a Lithuanian mythical creature that can take the form of a shackle, a piece of charcoal or a wooden peg. When flying, the Aitvaras looks like a hay spear, grass snake or a bird, while within living quarters it would show itself as a rooster, a cat or even as a human being. The Aitvaras would let people know of its presence by dropping a piece of coal by their house. If people fed him well and took good care of him, the Aitvaras would reward them by bringing the household wealth or food, and occasionally by doing their farm work for them. 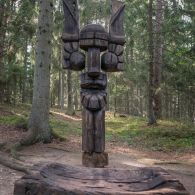 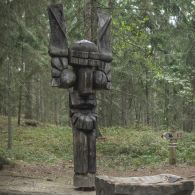 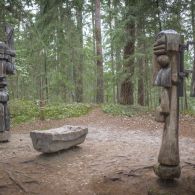 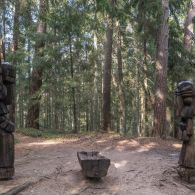